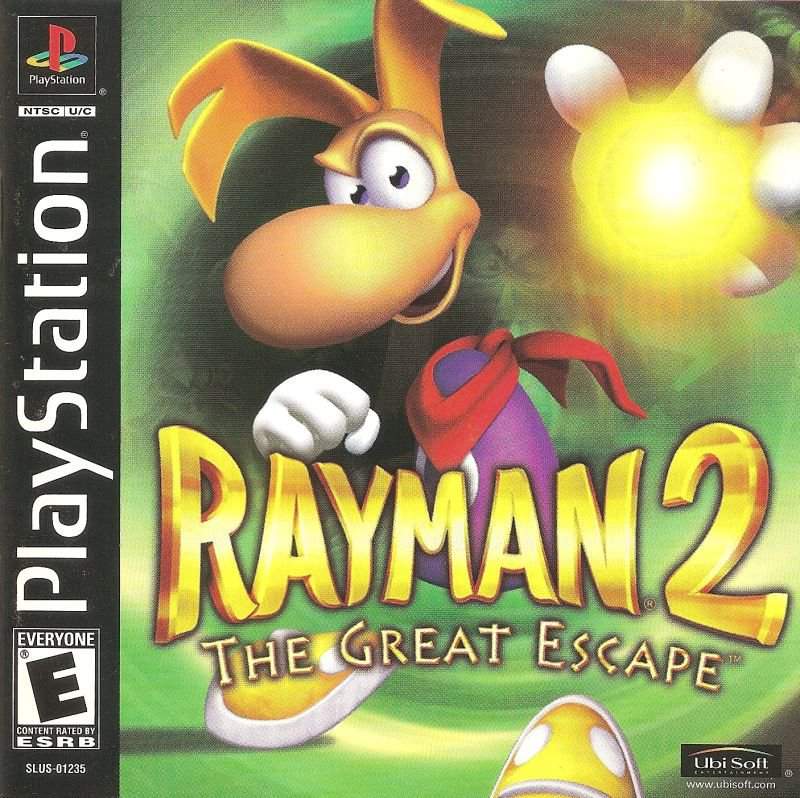 The late 90’s was that awkward transitional stage where pre-existing franchises were making the leap to the third dimension to avoid being left out in the cold. While some managed to make the transition gracefully, others struggled to incorporate the added layer of immersion in a meaningful way. The quality of early 3D platformers in particular was all over the place during the genre’s infancy as the developers (and their characters) traded pixels for polygons.

Rayman, Ubisoft’s limbless wonder, had arguably one of the best first forays into 3D. Rayman 2: The Great Escape received 8’s and 9’s across the board from magazines and review sites upon release, and its success has led to the game getting ported onto just about everything. Hell, it even got remastered for the PS2 under the name “Rayman Revolution” years before taking an old game and slapping a new coat of paint on it became a norm in the industry. What’s particularly interesting about Rayman 2 and its abundance of ports is that there are many differences between them, with the general consensus being that the Dreamcast version is the best and that the DS and PS1 versions are the worst. Seeing as I’ve played the game plenty on the PS2 and Nintendo 64, I decided to go with the PS1 version due to an especially interesting bonus not found on any other version (but more on that later). 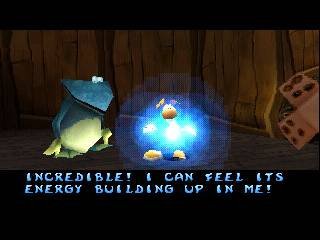 For a colorful, cartoony platformer, The Great Escape starts out pretty grim. Rayman, the game’s protagonist, has been kidnapped by a gang of robot pirates headed by Admiral Razorbeard. The pirates have taken over Rayman’s world, and the narrator (who turns out to be Ly, Betilla’s replacement in this new universe Rayman has been thrust into) urges him to escape. Fortunately, his best friend Globox is thrown into the same cell, and with the help of a silver lum, Rayman is able to escape. After rescuing Ly, Rayman is set on a wild goose chase for four powerful masks which will awaken Polokus, a god-like being who has been asleep for ages and the only one powerful enough to wipe out the entire army of robo pirates. While it’s still the “save the world” plot that platform games rarely deviate from, there’s at least a little more to it than most.

Rayman starts the game with all of the abilities he learned over the course of the original- running, punching and his trademark helicopter hair are all available from the get-go. get-go. In addition to these old moves, falling into bodies of water won’t always kill the player as Rayman finally learned how to swim and he is (surprisingly) pretty damn good at it. With the exception of a few vehicle sections and one level that allows Rayman to fly infinitely with his hair, these are all the tools you’ll need to make it through. Handling Rayman feels natural and, sans the few vehicle sections, is difficult to find any fault with. 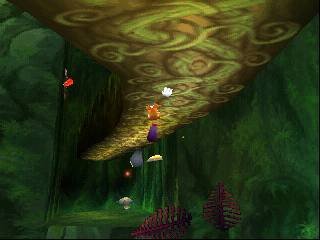 Unlike many 3D platformers of the time that went for a more “open world” approach in terms of level design, The Great Escape is mostly linear. While progression is gated at several points by the game’s main collectible, lums, I never found myself needing to backtrack and farm previously played levels as most of them are right out in the open. The levels aren’t nearly as restricted as the Crash Bandicoot games, but the risk of getting lost or needing to consult a guide to figure out where to go or what to do next isn’t there either. Most of the levels can also be done in one swoop if you’re looking to collect everything, as you’ll have just about everything you need to grab all the lums and bust all the cages from the start. I’ve always preferred this approach when it comes to platformers, as I’d much rather focus on doing rather than figure out what needs to be done to move forward. It may be seen as a “safe” approach, but it works here and (more importantly) works well. 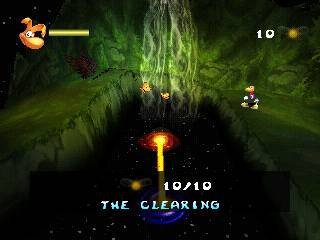 Presentation wise, there are undoubtedly some issues with this particular version of the game. While it’s still the vibrant, colorful world of Rayman I’ve known and loved for so many years, the graphical fidelity and sound quality have taken a hit. The frame rate dips during many of the game’s cutscenes, and some even appear as if they’re slideshows. In addition, a later level also had some seriously bad pop-in with upcoming platforms. While neither are deal-breakers, it sure does make the Playstation seem like a weak console when other versions of the game didn’t have as much difficulty on the technical side of things. I also came across numerous sound glitches on my run through this version, including sound effects that would loop continuously until moving onto the next section of a stage.

Further drawbacks for this version include two full stages being removed as well as several being trimmed down. The one thousand lums that could be found in other versions have also been cut down to just 800. Since the game was already pretty breezy and forgiving (thanks in part to the axing of the lives system, the bosses being a complete joke and numerous checkpoints), this means that even less time will be needed to finish the Playstation One version. I clocked in about four and a half hours of total playtime before landing the final blow on Razorbeard.

For collecting at least 720 lums, you’re rewarded with a playable prototype of the game upon finishing the final area. This is an incredibly early build based off the engine of the original Rayman before Ubisoft decided to shoot for 3D. While it’s only one level long, there are a ton of interesting gameplay mechanics here that include enemies hopping in and out of the background, a turret, and rotating platforms that will stay still so long as Rayman plants himself on the non-spiked portions. As far as I know, no other version of the game has this bonus. I honestly wish more games would have neat little incentives like this since video game development has become a much grander topic of discussion since the early 00’s. It’s an interesting dive into the territory of “what if” that I had a lot of fun with as a fan of the series.

Despite the PS1 version being considered a “bad port”, it’s still Rayman and it was still a lot of fun for its sub five hour run time. If you’re not a diehard fan of Rayman or this particular entry, you’re probably better off playing the PS2 or Dreamcast iteration, but if the playable prototype (which isn’t at all hard to unlock) piques your interest…it’s worth checking out this version of the game for that alone.